Rehearsals started for Tomfoolery at Actors' Playhouse. Normally, rehearsals start in the rehearsal studio and only move to the set at the last possible minute, but the fact that the show shares a set with The Fabulous Fable Factory, the set is already up and ready for the actors now. 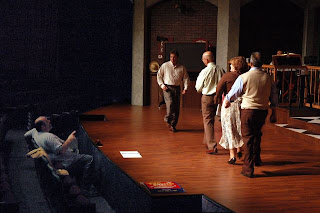 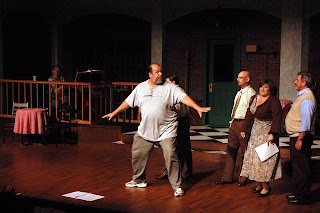 {Or maybe he just bit into a "York Peppermint Pattie".}
Posted by C.L.J.