On an otherwise unremarkable Tuesday, big news out of Boca Raton; they finally found something useful to do with the old Cartoon Museum; it's now the Mizner Park Cultural Arts Center.  And while it might seem like we have a glut of new Cultural Arts Centers, this one already has booked some real players. 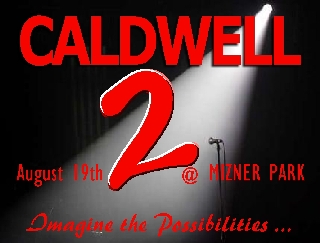 First up; the Miracle Theatre Examiner and  The Drama Queen reports that the Caldwell Theatre Company is expanding with the addition of Caldwell 2@ Mizner, a studio theatre being programmed by veteran director Kenneth Kay.  Kay worked extensively at the Caldwell under Michael Hall, before heading up north to run his own company.  Kay returned to South Florida last year, initially to try to jump start a new company for Burt Reynolds that never quite took hold.  It looks like this new venture will focus on plays with smaller (or shall we say, "more focused"?) casting.

“We want to create an identity for Caldwell 2@Mizner that is separate and unique from the Caldwell’s continuing mainstage operation in the Count de Hoernle Theatre,” said Kay.  “The physical scope of these plays will naturally be smaller, but the ideas and themes presented will be large and universal.. It’s simply great theater in a very intimate setting.”

But Wait, There's more...
That's the first half The Drama Queen; next up, a new company is announced, and announces its first production.  ENV Magazine also picked up this story:

Parade Productions announced that it will present Avi Hoffman in Brooklyn Boy, a play by Donald Margulies.  Also involved with Parade Productions is Kim St. Leon, who is recently returned to South Florida, and Mario Betto, producer of that musical set in a beauty salon.  You may remember Mario from last year's Carbonell Awards; he was the biggest blondest one there.

This is very welcome news; not just that some seasoned professionals are active on the scene again, but that they are creating an opportunity for more excellent theatre for South Florida.
Congratulations to both companies!
Posted by C.L.J.