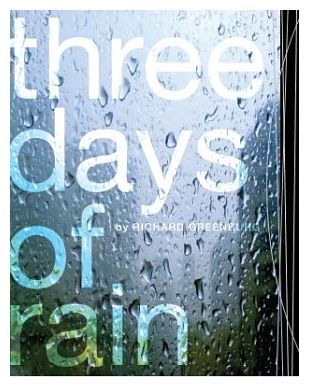 The Promethean Theatre Company opened its production of Richard Greenberg's Three Days of Rain on May 20, 2011.


A newly discovered journal, filled with enigmatic entries, recalls Greenwich Village in the early 1960s when two young architects, unaware they’re on the brink of fame, struggle with plans for an important commission.  But it’s left to their children, thirty years later, to sort out the mystery behind their lives - and loves.

It's easy to miss Phillip Valys' review; because the Sun-Sentinel has it buried.  That's right, this review is NOT in the Culture section.  It's not even in the Living section. No, to get to where the drooling mouth-breathers at the Sentinel tucked this original review, you'd have to click "Broward," then select "Davie," and only then do you find this review.  I guess they didn't stick it in Culture where people who aren't idiots would place a review because they need the space to run a review from their major competitor.

Anyway, here's what Philip Varys had to say that apparently embarrassed the Sun-Sentinel so much that they hid the review; BTW, the first page is a complete waste of time, so we'll skip to the second page:


...we're catapulted to the 1960s, where a freewheeling Ned and Theo are savoring a brave new world of opportunity. Their careers are fresh, prospects bright and success within grasp. Even the bachelor apartment looks classy: an ornate clock adorns the wall, an antique refrigerator glimmers white, and Robert J. Coward's remarkable lighting shines a fitting glow into this one-bedroom abode of promise.

Credit to Chizever and Sherman for carving detailed emotion into the double lives. Hardcastle steals every scene with his characters, from Ned's believable chronic stuttering to the minute inflections he gives to Walker's defeatist personality.

Two pages of review, and that's all Phil has to say about this production.
Christine Dolen reviewed for The Miami Herald:

Creating a pair of related but different characters is a challenge good actors love, and Hardcastle, Sherman and Chizever do a persuasively detailed job of bringing to life six distinct people. Hardcastle’s Walker is a jumpy, unreliable soul; his Ned, a quiet dreamer whose demeanor hides an intensity. Sherman’s Nan is judgmental and emotionally complex, her Lina sultry and tempestuous. Chizever’s Pip is a fast-talking charmer, his Theo a driven man on the verge of torment.

Three Days of Rain is a play that roils with interpersonal storms. But thanks to Ledford’s graceful, insightful direction and the top-notch work of a fine cast, Promethean’s production is an engrossing, moving experience.


...the first act of Richard Greenberg's Three Days of Rain is a torrent of memories, witty one-liners and nods to the Hegelian dialectic, Boolean algebra and pentimento, to name just a few of the esoteric seeds scattered throughout the piece.  (Thank you, dramaturg Jane Duncan.)

Three Days of Rain is a dense, talky piece with a strangely abrupt ending but with Margaret M. Ledford's direction and the talents of the three actors, the show is entirely engrossing.