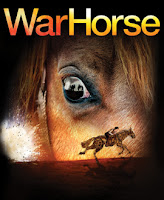 The national tour of War Horse opened at the Broward Center for the Performing Arts on May 7, 2013.


England, 1914. As World War One begins, Joey, young Albert's beloved horse, is sold to the cavalry and shipped from England to France. He's soon caught up in enemy fire, and fate takes him on an extraordinary journey, serving on both sides before finding himself alone in no man's land. But Albert cannot forget Joey and, still not old enough to enlist, he embarks on a treacherous mission to find him and bring him home.


The horrors of war are... brought into stark, heartbreaking relief by a play whose simple style allows its true stars — magnificent, life-sized horse “puppets” that become living, breathing beings in a matter of minutes — to shine as they enthrall the imaginative child within anyone who watches them.

Nick Stafford’s War Horse script keeps the focus on Albert and Joey, together and separately, and it effectively explores betrayal, loyalty and the cost of war. Its tension-relieving comic moments, however, feel superfluous.

What makes War Horse so magical, beyond the key ingredient of the remarkable horses created by Adrian Kohler and Basil Jones of South Africa’s Handspring Puppet Company, is its simple yet powerful style. ...War Horse creates a complex world. Raging battles between the British and Germans in northern France are brought to life with little more than lighting effects, the sounds of gunfire, billowing smoke and a few men (and their horses) moving chaotically.

Staged by Bijan Sheibani (the original direction was by Marianne Elliott and Tom Morris), the tour at the Broward Center features a versatile American cast, including actor-singer John Milosich, whose haunting voice at key moments is such a vital part of the show’s musical palette. Among the production’s scattered weaker elements are the way Morf plays Albert — he seems rather slow, not the determined young hero the story needs — and the casting of an obviously adult actress as the “little” French girl Emilie.
Theater lovers addicted to Broadway at its most lavish may find War Horse too simple. But folks who go to the theater hoping to get lost in a story and longing to be moved will feel utterly fulfilled by Joey and War Horse.

Bill Hirschman reviewed (and included a lot of cool facts) for Florida Theater On Stage:


War Horse is cherished by many of us who saw it at Lincoln Center in 2011 as one of the twenty or so most moving and brilliantly executed pieces of total theater we have been privileged to see. There are adjectives that have lost their pungency by their indiscriminate use by the verbally lazy. One is amazing and another is awesome. To have seen War Horse is to be reminded of the strict dictionary definitions.

...audiences continue to be thrilled by the geniuses who designed, built and now endow breath nightly into the larger-than-life puppets that nearly transmute into flesh-and-bone horses.  And the creatures are only one element among superbly conceived and blended facets of stagecraft that produce a transporting night of theater.

The puppets are delightful, even seen in the sunlight as we did the morning before opening night. But it cannot be overstated that the triumph of War Horse is actually the superb melding of another half-dozen theatrical skill sets: minimalist but evocative settings, morphing lights and a sound design that is alternately subtle and overwhelming, affecting musical underscoring and folk songs performed live, perfect pacing recreated on the road by Bijan Sheibani (a former colleague of Miami’s Tarell Alvin McCraney) and above all, a visual sense of movement and spectacle that fuses into something you cannot experience anywhere else.

The acting is not especially stunning although absolutely serviceable, led by Alex Morf as Albert and Andrew May as German cavalry officer Friedrich Muller; bravura performances would probably detract from the illusion. But it must be noted that the thick Devon and German accents made a good deal of the dialogue unintelligible.

If the road production of War Horse falls just this side of paradise, to borrow a phrase, it’s still close enough to make the journey.


I’ll admit it, I’m a sucker for a sob story. Sappy, soppy, lung squeezing tales get me every time. A boy and his dog, a boy and his bird, wait for it, even a boy and his horse... It’s War Horse! Now with sobs aplenty! Now playing at the Broward Center!

And it’s a bloody marvel..

Although the emotional manipulation is rampant, all is forgiven when the miraculous horses appear. Life size puppetry at its best. And the goose ain't bad, either.

The designers of War Horse have gone for simplicity; a bare stage...Sketches of the country side, dates, place names, flying mud clods and body parts from endless exploding shells, the flash of machine gun fire; all are superimposed on a suspended screen, that seems a rent in the fabric of life.

Tumultuous sound drives the affair. And the lighting, especially in the second act, becomes a flashing black and white opera of violent storms, exploding ammunition and the madness of the World War One cavalry charges.

There's a huge cast at work here, behind the scenes, on the stage and inside the horses and all live up to the reputation preceding them. Costumes are wonderful, accents spot on, and immersion is total.

War Horse plays at the Broward Center for the Performing Arts through May 19, 2013
Posted by C.L.J.