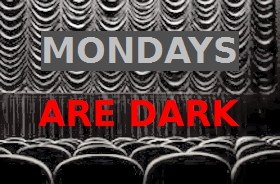 So last week we had just about finished the reading list when we decided that one of the items deserved its own entire article.

So we copied the relevant data to a new post - or so we thought. We've mentioned that the latest version of Firefox has basically broken our favorite blog editor, so we were trying to make do with a different version of said editor that is supposed to work with the current Firefox. And it almost does. Except for the part when you start a new article without explicitly telling it to save the current project. The "New" version... doesn't.

Now we've regressed our version of Firefox to the version of Scribefire we know and love, that works properly (except for the ability to insert images).So here's an extra-long Monday reading list - enjoy!

Teeing Off This Friday
Broadway World fills us in on the next play at Actors' Playhouse; Ken Ludwig's The Fox on the Fairway.  It opens this week at the Miracle Theater in Coral Gables.

Ain't No Punch and Judy
The Miami Herald fills us in on Warhorse, opening this week at the Broward Center for the Performing Arts.  Make no mistakes; this is the show you don't want to miss.  The puppets are amazing.  The Broward/Palm Beach New Times spoke with some of the puppetteers.


"As a dancer, I feel that a lot of what we do is very dance-like," says Haskell, who also builds puppets and haunted houses in New York. "You have to constantly think, because if my partner chooses to do something, the rest of the horse has to go along with it. It's one of the hardest parts about doing it, to constantly be completely active, mentally and physically."

If you've spent any time around horses, you will be amazed at how well they succeed.

Speaking of the Broward Center
While we don't read the Sun-Sentinel anymore, someone sent us this excellent commentary that deserves sharing, even if the paper itself has generally rotten arts coverage.

The proposal he takes before the school board Tuesday is well considered, well designed and well negotiated; it deserves approval.

In a few weeks, a number of Broward high schools will arrive at the Broward Center to hold their graduation ceremonies; an elementary school will spend a morning backstage to learn how math and science are used in live performance, and that same elementary school will perform its spring show there.  Last week, students from numerous schools got to show their stuff on a world-class stage, and in a couple of weeks, South Florida high schools will hold their own awards ceremony for theater excellence, the CAPPIES.  And this doesn't begin to cover all the workshops and masterclasses the Center has hosted over the years.  AND - free musicals for students, all year long, all chosen to compliment the curriculum.

The arts are a good investment in general; the Broward Center is offering the school board a tremendous return on its investment.

The Business of Show Business
The Wall Street Journal takes a look at the regional theater subscriber-based business model.

Other Approaches
HowlRound examines different ways to get around the shortcomings of funding and drawing an audience.

Effective Facebooking
Arts411 gives us five great tips on how to get more out of Facebook; most of these apply to social media in general.  In particular, we here at The Scene have gotten a lot of mileage out of #1.

The Lowdown on Highlights
One Apostrophe At A Time grumbles about this year's Olivier Awards Ceremonies Highlights broadcast.  But while many of his points are specific to the re-broadcast, they are an insight to what an awards ceremony ought to be accomplishing.


Surely the whole point of putting the Oliviers on television in the first place is to put a celebration of/commercial for the best our theatre has to offer in front of as wide an audience as possible? IF that was the aim – and it should have been – then the show was largely a miserable failure. We saw nothing at all of any of the nominated new plays, even though at least some of them are still running, and nothing at all (on the broadcast, at least) of some of the nominated musicals.

It's interesting that some of his complaints echo those of critics of the Carbonell Awards.

Making Mountains of Molehills
The Hollywood Reporter tells us that Broadway producer Scott Rudin "dressed down" a New York Times reporter who committed the sin of asking a Tony-nominated playwright how he felt about Rudin's decision to close the freshly-nominated play.  We don't understand Mr. Rudin's ire (if ire there is); the question is fair; you've just received one of the highest honors possible for your play, and the producer decides to close the play; can you reconcile that?  That's not a condemnation of the decision, it's simply a fair question.

And it goes to show; excellence and accolades do not guarantee attendance.

Mad Cat Moves to the Sandbox, and The Herald hires prudes
Mad Cat Theater Company has been resident with The Miami Light Project since the company's inception in 2000.  And they even followed the Light Project when it moved from Biscayne Boulevard to Wynwood.  But Florida Theater On Stage and Broadway World report that Mad Cat has announced that it will become a resident company at The Miami Theater Center, working out of that facility's black box studio - the one that was called The Sandbox back when that company was The Playground Theater.

The Drama Queen notes that the company will be staging Blow Me, which was part of the South Beach Comedy Festival under a much better if less shocking title.  Of course, some idiot editor at The Herald thinks that "Blow" is a dirty word, because they blotted out two letters.  It's not.  Fucker is a dirty word.  Shit is a dirty word.  Blow is a completely innoccuous and common word. You blow a kiss, blow on your soup to blow away the blow flies hovering over it, an argument can come to blows, and it's an ill wind that blows when a major daily can't bother to hire editors who know the difference.  You think Bl** Me is necessary?  Well, f**k you.

But we concede that Blow Me is a title intended to batter your sensibilities; an unnecessarily offensive move, in our opinion.  This title lacks the, um, charm of Charming Acts of Misery.  If purpose of a title is to make people blot out letters because it is potentially offensive, why not go whole hog and call it The Fucking Junkie Bitch Who Shot Up Shit and Died Play? I mean, as long as you're going needlessly over the top in a shallow attempt to shock people, go all the way, right?

Everything Has Its Season
While the Broadway revival of Pippin is garnering great reviews for South Florida native Rachel Bay Jones, The Examiner reports that Boca Raton Theatre Guild is opening up a production much closer to home.  Along with a few other shows in its next season.

Speaking of Seasons
The Drama Queen has the City Theatre line-up for its latest incarnation of Summer Shorts, while Florida Theater On Stage has the line-up for the 60th season at Lake Worth Playhouse.

Meanwhile
...in Miami Beach, The Herald reports that they're going to keep the Jackie Gleason Theatre.  Originally named the Miami Beach Auditorium, it produced hit shows on the south Florida theatre scene as The Miami Beach Theater of the Performing Arts, and was prominent in the early years of the Carbonell Awards.  Known as The Fillmore Miami Beach over the last few years, there were plans to demolish the hall to make way for a new convention center.  But no longer:


...with music and history lovers lined up in support of saving the theater, the team told The Miami Herald on Tuesday that its plan has changed.

And how sweet it is.
Posted by C.L.J.