Yeah, We Know.
Maryann Devine has devised a list that identifies the wisdom of starting a blog to connect with your patrons. It also applies to Facebook and MySpace, and probably Twitter. It's hard work, keeping your blog up to date so people find it's worth reading.

No Respect
It's not just the Sun Sentinel South Florida papers that are giving critics short shrift: David Cote at Upstaged reports that the Tony Awards just dis-invited theatre critics from the award's voting rolls.

It... represents another regrettable step toward the marginalization of critics within the New York theatrical community. It is true that critics do not vote for the Oscar or Emmy Awards; but theater is an inherently more local and personal industry, in which critics have historically played an important role. (Not for nothing are Broadway theaters named after Walter Kerr and Brooks Atkinson.) But critics, and indeed criticism, are inconvenient to the modern theater marketer: Old-fashioned in our insistence on quality, unreliable in our support for expensive projects and less necessary in light of the diffusion of information in the Internet age.

Word of mouth has always been the best advertising, but the professional theatre critic is reaching more ears than anyone else, even now. Consider how hard you have to lobby to get recognition right now: then imagine how much harder it will be when the papers simply don't bother to cover theatre at all.

Madness Takes its Toll: but this ain't the Time Warp.
The Drama Queen tells us about FIU's Alternative Theatre Summer Festival production of Reefer Madness: The Musical, which opens tomorrow. One of the musical's creators also had a hand in Mystery Science Theatre 3000; if you liked THAT, you'll love THIS.

And Toners in Time, the first installment of the episodic theatre serial by Foryoucansee Theatre, returns for another weekend at New Theatre, so if you weren't part of the packed houses last time, get your $10 tickets now.

The Post's Pulse Finally Has One. Almost.
While the summer theatre scene has been pretty busy so far, the Palm Beach Post has been noticeably missing in action. But Kevin D. Thompson finally has some more stories up in the Post's largely listless PB Pulse website. He offers the feature story on Private Lives at Palm Beach DramaWorks, and gets the skinny from the Palm Beach Shakespeare Festival about their new home. (The latter has an awful headline).

The Price of Admission 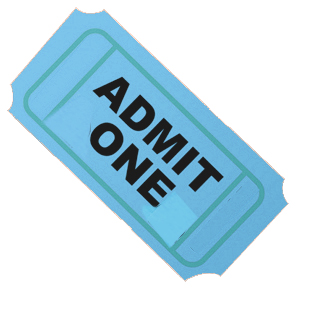 So what does your ticket really pay for? John Kramel of Miami Artzine decided to look into it, and found out that whatever you're paying for at regional theatres, it's not covering the costs of the production:

The median ticket price for the event was about $28. Multiplied by the 660 tickets sold, the gross receipts were $18,480. However, if we divide the actual event cost of $70,000 by those 660 seats, we realize that without outside support, the average ticket would have been $106.

Pay attention to those names in the program: they're helping pay for your ticket.

Web Wisdom
You know my position on the importance of maintaining your website. Heck, even the Wall Street Journal's theatre critic knows that.

Well, Mission Paradox feels the same way, and breaks it down for you:

You should assume that no one is going to purchase your art/artistic event without at least a visit to your website and a Google search.

So quit ignoring the 800 pound gorilla that is your website, and do whatever it takes to get it current. And make sure your webmaster reads all these blogs about what we expect to see.

Real Lives Onstage
Steve Rothaus talks with producer Nial Martin for the Miami Herald. Martin wrote and produced His Double Life, a fictionalized account of how he dealt with his sexuality.

Meanwhile, The Drama Queen talks with Matt May about his play, Still Untitled, and the fourteen year journey that brought it to the stage. His play is based not on his own life, but a friend's. You can also read about it in Broadway World.
If it's Crisp, it's Coward
Palm Beach ArtsPaper's Hap Erstein talks with director J. Barry Lewis about his current project, Private Lives, which opened on Friday at Palm Beach Dramaworks.

Private Lives has had many celebrated and scorned productions over the years, but Lewis feels that putting a novel directorial twist on the play would be a mistake. “You don’t do a treatment on this piece,” he says. “You don’t try to reconceive it. What you attempt to do is honor it, to be as faithful to it as it exists on the page and bring that to life.”

Jan Sjostrom of the Palm Beach Daily News says the production is notable:

...aside from Jacques Brel is Alive and Well and Living in Paris, its summer productions haven't picked up speed at the box office until the third or fourth week of the runs.

By switching to familiar vintage Broadway comedies, the theater hopes to fill more seats, while adhering to its mission of reviving classic and contemporary plays seldom produced in South Florida.

Meanwhile, Broadway World gives us some background on the play.

Theatre Camp in Miramar.
They're springing up all over; the Sun-Sentinel apparently spent a day at the new Miramar Cultural Arts Center. Hey! They wrote a story!