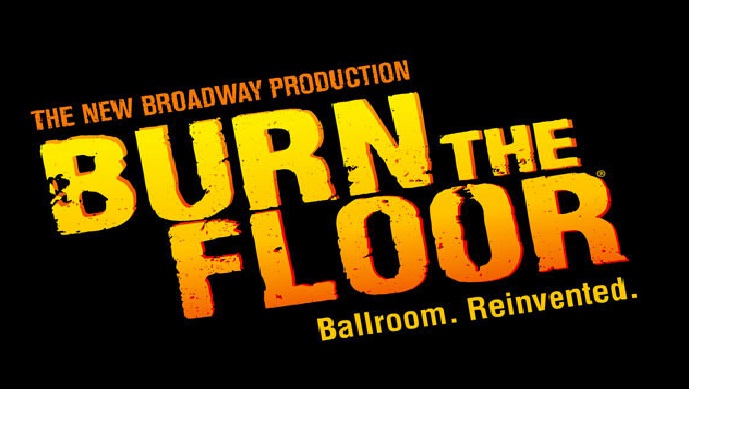 The national tour of Burn the Floor opened at The Broward Center for the Performing Arts on November 17, 2010.


From Harlem's hot nights at The Savoy, where dances such as the Lindy, Foxtrot and Charleston were born, to the Latin Quarter where the Cha-Cha, Rumba and Salsa steamed up the stage, Burn the Floor takes audiences on a journey through the passionate drama of dance.

The elegance of the Viennese Waltz, the exuberance of the Jive, the intensity of the Paso Doble - audiences will experience them all, as well as the Tango, Samba, Mambo, Quickstep, and Swing. It's Ballroom dance with a sexy 21st century edge.


World-class ballroom dance is a combination of pleasure and pain.

Mostly, though, for both dancers and those who love watching them, the pleasure vastly overrides the pain. Now at the Broward Center for the Performing Arts, Burn the Floor, the touring celebration of all things ballroom, is one glorious, sizzling, joy-filled demonstration of that truth.

Directed and choreographed by Jason Gilkison, an Australian international ballroom dance champ, Burn the Floor predates those hit TV shows that now supply many of its dazzling dancers, performers who keep the show (which was created in London in 1999 and which had a Broadway run last season) hot and current. Against the backdrop of platforms holding a pair of percussionists, plus a stair-top perch for a pair of topnotch singers, 19 dancers spend two thrilling hours demonstrating that ballroom dancing is anything but stodgy.

So You Think You Can Dance veterans Pasha Kovalev and Anya Garnis command the spotlight a number of times, most sensuously as singer Peter Saul performs the haunting Burn for You. Venezuela-born Karen Hauer flirts with danger (and several of her male costars) as she dances blindfolded.

Another Floridian, former American Idol contestant Vonzell Solomon, supplies much of the vocal firepower in Burn the Floor.

The other dancers in the touring cast... are equally skilled, sculpted, gloriously watchable performers. So much so that when Burn the Floor leaves town Nov. 28, there may be scorch marks on the Broward Center stage.


One of the most creative and beautiful moments in the show is the rumba "Weather Storm." The languid music is well chosen to match the mood of this piece that features a single, blindfolded female dancing with a group of males. The strength and control of both the male and female dancers in the paso doble is picturesque. The only possible dance disappointment in the show is the waltz couple moments that seem uninspired except for a second act scene where two couples mirror each other on opposite sides of a scrim. Singer Vonzell Solomon is smashing in all her vocals and is wonderful addition to this production. Unfortunately, the same can not be said of male singer, Peter Saul, who is underwhelming.

Television shows such as So You Think You Can Dance and Dancing With The Stars have awakened an appreciation and thirst for the world of dance across America... With enormously talented dancers, and enough commercialism to appeal to the masses, Burn The Floor more than delivers in quenching that thirst.

Laura Souto Laramee wrote something less than a review for The Palm Beach Post:


Burn The Floor opened Tuesday at the Broward Center’s Au Rene Theater, delivering heart-pounding movement through music. For those of you that live vicariously through others gift of dance and enjoy Dancing With The Stars you will not want to miss this show which burns with energy, and is simply hot, hot, hot!

Once again, Fort Lauderdale's fish wrapper snubs the theatre community by having  fashion editor Ron Hagwood cover the show for The Sun Sentinel:


Under white-hot lighting and amid an ab-palooza, the frenetically paced dance spectacular swivels and shimmies with so much sizzle you half expect the joint to be raided. This much flashy hotness has got to be illegal (seriously, only the movie "300" has more exposed chests and mid-sections).

Jeebus, someone needs to tell  Ron that cramming in as many adjectives as possible does nothing to turn his dreck into a valid theatre critique.  The editors of the Sentinel should make Ron Hagwood take a course in theatre critique if they're going to continue to inflict him on us.  And they should probably send whoever is supposed to be editing, too.

Burn the Floor plays at The Broward Center through November 28, 2010.  You can also take advantage of their new dining package.
Posted by C.L.J.