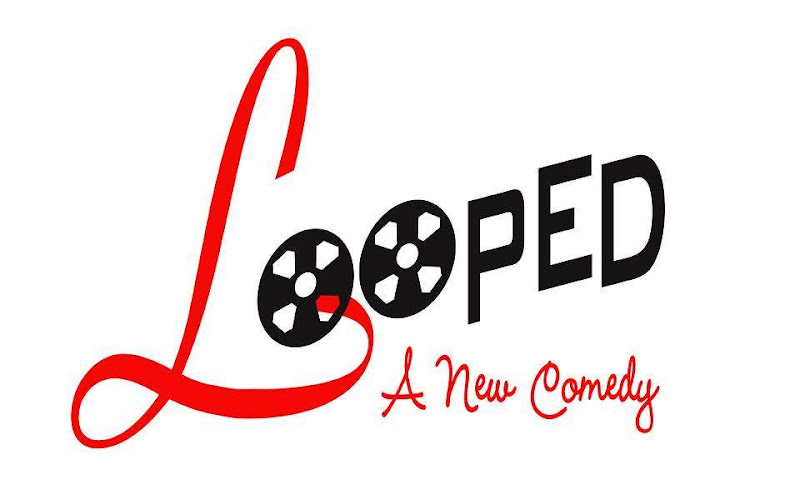 The national tour of Matthew Lombardo's Looped opened at the Parker Playhouse on February 26, 2013

Southern, but by no means a belle, Tallulah Bankhead was known for wild partying and convention-defying exploits that surpassed even today's celebrity bad girls. Based on a true story, the play is set in a 1965 sound studio. Ms. Bankhead has been summoned to re-record, or loop, a single muffed line of dialogue from what would be her last film, Die, Die My Darling . It's a simple task, but ultimately takes hours when Bankhead arrives so inebriated she's unable to loop the line properly. What ensues is an uproarious showdown between an uptight film editor and the outrageous legend.

On the face of it, Tallulah Bankhead and Stefanie Powers would seem to
have not much more in common than gender (female), profession (actress)
and a shared movie experience in the 1965 British thriller Die! Die! My Darling!. But watch Powers giving a bravura performance in Looped
at the Parker Playhouse, and you may forget that you’re not really in
the presence of the bawdy, misbehaving, notorious life force that was
Bankhead.

Matthew Lombardo’s play, inspired by a real recording session in 1965,
earned a best actress Tony Award nomination for its original star,
Valerie Harper. They don’t give Tonys to touring shows, but if they did,
Powers might well get a nomination of her own, particularly as her
performance ripens and deepens over time. But already, in her second
performance of the too-short Parker run — the second performance of the
Looped national tour — Powers is doing an impressive job of channeling Bankhead.

The proof that Stefanie Powers’ reincarnation of Tallulah Bankhead had thoroughly seduced the audience at the revival of Looped was not the waves of laughter at how adroitly she tossed off playwright Matthew Lombardo’s torrent of wry and wicked quips. It was in the crystalline silence that embraced her sudden turns of introspection as Bankhead exposed the emotional pain that she masked with the outsized persona of heedless hedonism that eclipsed her real life.

As good as Harper was in the part that she created, Powers brings a
reality that amps up the pathos resulting from this peek inside the
train wreck tragedy of Bankhead’s life. She’s a force of nature as she
should be, but it’s a banked force of nature, eroded by time and tides
of substance abuse anesthetizing her against early tragedies and later
disappointments.

The evening has been deftly helmed by director Rob Ruggiero who has been
with project since Harper debuted it at the Pasadena Playhouse in 2008.
His pacing is highly polished, especially given the short rehearsal
time with a replacement star.

Lombardo, a part-time Fort Lauderdale resident, has tweaked the script
in ways that are undetectable. But somehow the show seems funnier, the
exposition and backstory seem more smoothly woven in and the turn in
tone from non-stop hilarity to seriousness seems less like a
manipulative Lifetime movie than it did on its last visit to Florida.

Several people have said that they aren’t interested in seeing the
production because Harper isn’t in it, which is silly since Harper
submerged herself in the role to the point that Rhoda Morgenstern
disappeared. But they’re depriving themselves of perhaps an even more
satisfying evening thanks to Powers’ fearless and skilled evocation of a
human being committed to living life on her own terms come hell and high water.

Whether it's Powers' insider perspective (she actually starred opposite Bankhead in the star's last film Die! Die! My Darling! — an incident from the movie is actually what Looped is based upon) or because she understands the trappings of Hollywood so well having started her professional career at the age of 15 — Powers is now 70 — she exudes a depth of the character that elicits heartfelt sympathy for the washed up celebrity.

...it's apparent that two other characters are merely pawns for Bankhead's verbal whippings. She spars the most with Danny, who, finally in Act 2 opens up to her with a confessional that plays a bit on the melodramatic side. Hutchison does his best to inject believability into what Lombardo has laid out for him, but he has a difficult task.

Lombardo's script is at its best when he's letting his leading lady toss out zingers rather than have her passing the tea and sympathy. One especially conjured moment is Bankhead lamenting the fact that she had never become a mother after having a hysterectomy due to getting a sexually transmitted disease.

Yet Powers pulls off that melodrama realistically, continually going for broke playing the out-of-control, larger-the-life Bankhead, from her highest highs to her lowest lows. And Lombardo gives her plenty of those, especially in the camp department, to hang her fur coat on. "Most of the men I meet these days either want to (expletive) me or be me."

Looped plays at Parker Playhouse through March 4, 2013.
Posted by C.L.J.