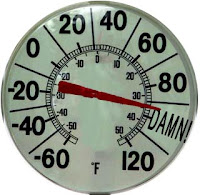 Summer is moving relentlessly along; we're already halfway through July.  And it seems everyone is moving:  Florida Stage has moved into its new home at the Kravis Center,  the Theatre Scene has moved (to larger digs), and Sound Designer Steve Shapiro is moving to Pittsburgh to take on a faculty position.  And if that's not bad enough, he's taking Elizabeth Lang, master electrician, with him.

But seriously, best of luck in the hinterlands; you'll certainly be missed here, and they'll be lucky to you have you up there.

Florida Stage opens Low Down Dirty Blues, the first production in their new home at the Kravis Center.

The Gin Game opens at Palm Beach DramaWorks, and runs through August 15.

Secret Order plays at the Caldwell Theatre Company through August 1, 2010. As of publication, Gordon McConnell is still out but recovering, and director Tom Bloom has stepped in until Gordon recovers.

The Stage Door production of Suds, The Rockin' 60s Musical has been extended through June 13, June 27, August 1, 2010. (Yes, they have two theatres in their facility).

Avi Hoffman's Too Jewish? or Too Jewish, Too! plays at the new Aventura Arts and Cultural Center though this Sunday, July 18.

Speech and Debate  ends its critically acclaimed run at Gablestage on July 18. The critics - and audiences - are raving about this one.