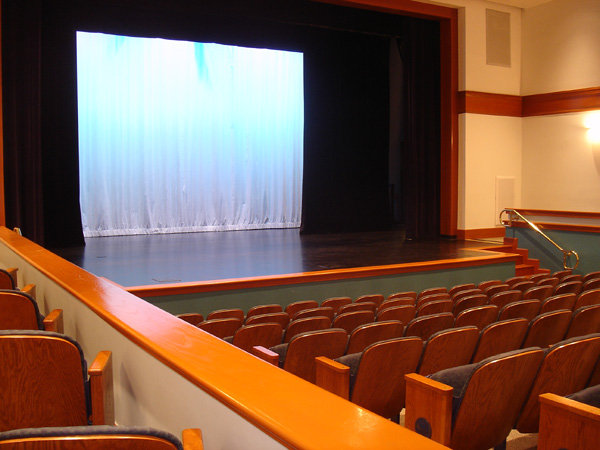 It's October, which means it's also the official start of the 2012-2013 theatre season. You may have noticed that Children's Theatre has returned to The Scene, now that school is back in full swing, a sure sign that the season is here.

This week's featured "dark" theatre is the 155 seat Willow Theatre at Sugar Sands Park in Boca Raton.  It's home to two theatre companies; The Boca Raton Theatre Guild, which is currently running Sylvia, and The Women's Theatre Project, which will open its first production there on November 2nd.

No Surprise On OUR Part
Wall Street Journal's Terry Teachout recently addressed the American Theatre Critics Association about his mission to review theatre across the United States, and not just New York City.


"In retrospect, I think the turning point for me was my first trip to Florida. I’d never been to Florida for more than a day or two at a time, and I confess that I didn’t really expect to be all that impressed by what I saw there. I started off by flying down to Fort Myers, a city of which I’d never heard, to see Florida Rep, a company about which I knew nothing. All I knew was that they were doing Brian Friel’s Dancing at Lughnasa, and I said to myself, “Brian Friel in Fort Myers, Florida? What’s that all about?” Well, what it was about was a gorgeous production, as good a Friel revival as I’ve seen anywhere.

Then I drove across the Panhandle to West Palm Beach to see yet another company about which I knew nothing, Palm Beach Dramaworks, which at that time was performing in a converted storefront. They were doing The Chairs. Ionesco in Palm Beach—go figure! And it was, if anything, even better. In retrospect, I think that was the moment when what had started out as an assignment turned into a mission."

There have been plenty of nay-sayers out there, claiming that South Florida theatre is stale.  'Tain't so.  That's not to say anyone can rest on their laurels, but there is great theatre happening here, if you just get out and see it.

True Story of "the Tranny Granny"
The Miami Herald fills us in on I Am My Own Wife, the next offering from Zoetic Stage, opening this week at the Adrienne Arsht Center for the Performing Arts.


Charlotte was a real person, a strong-featured elderly Berliner with snow-white hair when Wright first met her in 1993. She ran the Gründerzeit Museum out of her restored old home in the Berlin suburbs, a place full of late 19th century furniture, photographs, clocks and memorabilia. But Charlotte was not, in fact, a woman.

A fascinating story for a play; an amazing story in real life.

Well-Earned Honors
Florida Theater On Stage reports that New World School of the Arts will be honoring GableStage artistic director Joseph Adler on October 5.  Adler has been extremely generous with his stage, allowing dozens of small theatre groups - many comprised of New World students - to hold play readings at Gablestage to promote themselves and to raise funds for projects.  Congratulations, Joe.

We Can Dream
The Naples News Stage Door reports that Florida Repertory Theatre has the website every arts blogger dreams of; each show in their season has its own page, with graphics, dates, cast and crew information.

McKeever Represents
Michael McKeever got a lovely write-up on the DC Theatre Scene's review of his Suite Surrender, being staged by McLean, Virginia's 1st Stage.


1st Stage’s production of Suite Surrender is a master’s class in how to construct a farce and make it work on stage.  Even if you abstain from reading the program, you will quickly deduce that Michael McKeever is an experienced playwright.  He manages to take practically every tool in the farce-writer’s handbook and include it in somewhere in this delightful slip of a play.  Slamming doors, mistaken identity, physical comedy, fast-paced action, and ever building comic tension are all present in the work.

Suite Surrender premiered at The Caldwell Theatre back in January of 2008; in fact, it was the first play staged in their new home.  Unfortunately, that pre-dates our practice of collecting reviews, but miamiartzine spoke with McKeever about that production, in which he also performed.

Tear Down That (4th) Wall
Butts in Seats examines a theatre company that allows audiences to see pre-show warm-ups, and encourages post-show mingling with the players, WITHOUT holding talk-back.


I didn’t find out if anyone complains about noise coming from the bar area during the show, but I did learn that they conduct their fight and dance calls in full view of the audience during that 90 minute period before the show.

We happen to know that Broward Center held small dinners in one of the boxes during various musicals, wining and dining prospective supporters with pre-show access to the stage patrons don't usually enjoy.  Did it work?  Well, they did break ground with their $50 million renovation.

Meanwhile...
...in Coconut Grove, the Playhouse is still closed. Miami Real Estate Blog ponders the fate of the fabled stage in the hands of the state, but hopes it results in an operation theatre for the Grove.


Indeed, it seems that the reopening of the theater is necessary and duly claimed by the residents and business owners of the grove. The closing of the theater has had consequences on the neighborhood and contributed to the economic downturn of the adjacent area.

... in Hollywood, candidate for Commissioner of District 1 Rick Valdez gives us a brief history of the current situation facing the Hollywood Playhouse in this video.