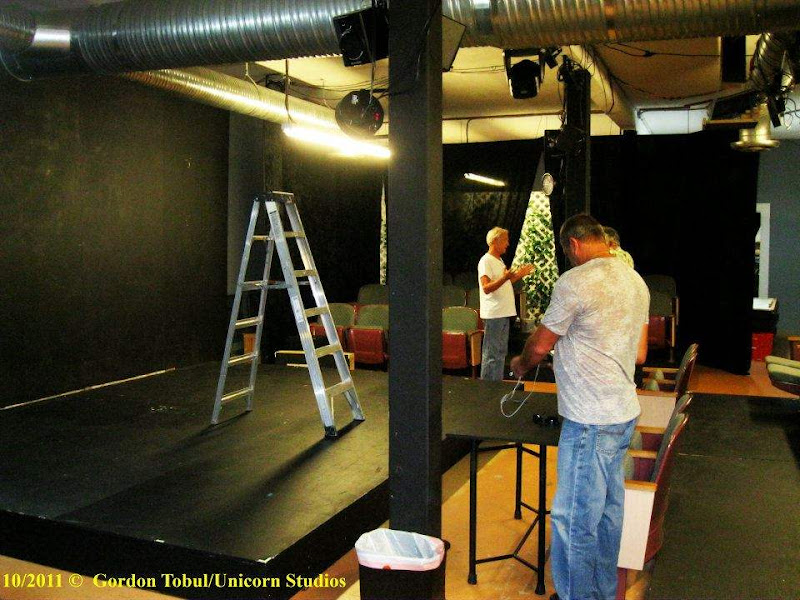 We hope you've been checking out Andie Arthur's new column.  As executive director of the South Florida Theatre League, she does a lot of research that's really useful for those of us in professional theatre.  Be sure to check it out.

This week's featured "dark" theatre is Bob Carter's Actors' Workshop and Repertory Company in West Palm Beach.  Originally launched in 1980, The Rep produced a wide array of productions, introducing renowned actors such as Nancy Barnett and Gordon McConnell to South Florida before closing its doors in 1990.  Founder Bob Carter eventually revived the company, once again providing a starting point for the next generation of South Florida actors.

Coming Home
Florida Theater On Stage interviews New World School of the Arts alumnus Dominique Scott, who is returning to Miami in a starring role in the national tour of Rock of Ages, opening Tuesday at the Arsht Center.

Coming and Going
Florida Theater On Stage has some good news, good news, and bad news (sorta).  Culture Shock Miami is back, offering $5 tickets to high school and college students,and the Carbonell Awards have announced the date of this year's ceremony.  The bad news?  The Carbonell's executive director, Amy London, is leaving South Florida.  While it's a loss of a great talent for us, it's a great move for her, as she moves to be closer to her fiancee, former South Floridian John Fionte.  Best of luck, Amy!

It's In Miami BEACH
The Examiner reviews The Immigrant at Miami Stage Door Theater, but goes on and on (and on) about the Byron Carlyle Theater (Stage Door's Miami Beach venue), the neighborhood, restaurant deals, and the producers, that we thought it was worth mentioning here, as well.  This is the same production that Stage Door presented in Coral Springs this past season.

Tinseltown Cabaret
The Shiny Sheet takes a look at Diamonds are s Girl's Best Friend, the next entry in The Plaza Theatre's cabaret series.

Board Exam
Buts In Seats takes a look at an article about abuses of non-profit boards of directors.

Carpé Diem
ArtsEd411 tells what to do when you find yourself face to face with a local politician.

I was shopping at Costco when I saw a school board member right there in my path...  I ended up inviting her to a local arts festival that was coming up at one of our schools. She thanked me and said she was so glad I took the time to stop and update her and she was now going to make a point of attending the arts festival.

We'd love to hear about elected officials that attend your events; I've seen Fort Lauderdale mayor Jack Zeiler at a number of events at The Broward Center for the Performing Arts.

It's Official
Miami Today reports that the City of Miami approved another one year lease for Burn Notice.  That means that the successful USA television series has a place to film if it's renewed for Season 7.  And that means a lot of opportunity for South Florida actors, many of whom have appeared on the series.

Meanwhile...
...in Hollywood, there's a petition up to save The Hollywood Playhouse.  The property is supposed to be reserved for a community theatre by a deed restriction, but the city is considering robbing posterity by removing the restriction so a bank can make money on it.  Of course, they knew about the restriction when they accepted the mortgage; that should have been factored in.  Save this resource by signing here!  Remind the city that Lake Worth Playhouse just opened its 60th season; Delray Beach Playhouse has been operating for 65 years.  Contrary to statements made by officials of the bank that holds the mortgoge, there is no reason that the Hollywood Playhouse could not thrive with proper management.

...in Coconut Grove, the Playhouse is still closed. The Miami Herald reports that the Playhouse board voted not to fight a state take-back of the property.  But sources in the County are optimistic that they will be able to work out an arrangement to bring back live theatre to the site.
Posted by C.L.J.