Barry University: Back from Obscurity

(Editor's note: a while back, I asked "does Barry University even have a theatre department anymore?" in the wake of most of the department leaving the school. Recently, I offered the University the opportunity to respond, and this article is that response.)

For many years, Barry University’s theater program has been languishing in obscurity and mostly forgotten in the South Florida landscape, even sparking most to comment, “Does Barry still have a program?” Due to recent changes and a new commitment to the program from the University, the answer is a resounding “YES!!” In a span of only two years, Barry’s number of Theatre majors has skyrocketed from a flimsy 9 to a robust 30, breathing life into the department. Under the leadership of Dr. Hugh Murphy and Assistant Professor John Manzelli, the growth has allowed Barry to experience a new season of excitement. Two main stage productions, an opera, a student directed one-act festival, and other studio productions are just a few of the annual events now permanently built into the calendar. 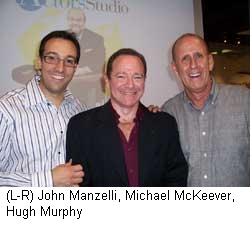 Scintillating productions such as David Feldshuh’s poignant Miss Evers’ Boys, Charles Mee’s eclectic Big Love, and a modern spin on William Shakespeare’s Twelfth Night have proven that Barry’s theatre department is alive and well—gaining momentum every moment with no intention of slowing down. 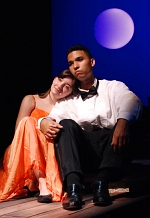 With the University’s last production, Twelfth Night Project, boasting a total attendance of over 1,000 patrons—the rapid transformation seems to be drawing in quite a following. Getting University students interested in giving up their evenings to watch live Shakespeare is an impressive feat, but getting them to come back a second time because they thought it was hilarious, is down right spectacular— Barry’s theatre department has done both!

Barry’s theatre students also ardently support the Miami theatre community and are frequent audience members in various local productions throughout the year, which they attend as a group. The average Barry theatre student views upwards of ten shows per year as part of the department’s “Evening of Theater” program.

In addition to participating in the mainstage productions, attending lessons in theatre history, and applying Stanislavski techniques to the work of Clifford Odets, Barry theatre students enjoy frequent guests workshops.

Guests have included playwrights Michael McKeever and Andrew Rosendorf who casually eat pizza and read plays with the students, earning the evenings the obvious title: “Pizza and a Play Reading.” Second City alum Mark Swaner has given two improv workshops for the students and actress Margot Moorland is scheduled to do an in-depth master class about auditioning.

The department is also home to The Naked Stage (an award-winning professional theatre company). Four Barry students will earn acting internships with the company’s newest play, Macon City, in November.

Dedicated students characterize Barry’s current theatre department as more than a place for the technically skilled—but for those who truly wish to learn the craft they love. At the core of the department is a cohesiveness which bolsters support and care for one another as much outside the classroom as in it.

The student’s commitment has also spilled out into the community as a team of students under the umbrella of the theatre department, call themselves A.C.T. (Artists Coming Together) have donated their time to the North Miami Library and Miami Shores Library where they put on free theatrical programs and activities for local kids.

It was once said that years ago Barry University’s theatre department knew a golden age with the likes of David Trimble, Chaz Mena, Paul Tei, John Manzelli and many others…it now seems determined to reclaim the golden age.

(The author is a sophomore in Barry University's Theatre program)
Posted by C.L.J.