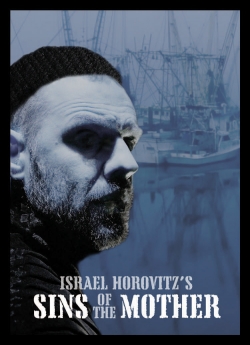 Florida Stage opened Sins of the Mother, a play by Israel Horovitz, on January 29, 2010.

Legendary playwright Israel Horovitz spins a haunting mystery exposing the tragic truths that bind the families of a small New England fishing town together as a closely held secret threatens to tear the town apart. An explosive new drama about revenge and forgiveness. A part of the 70/70 Horovitz Project, a year-long, worldwide event celebrating Horovitz's 70th birthday with 70 productions of Horovitz plays.

The Sun-Sentinel has declined to review this production.*
Terry Teachout reviewed for the Wall Street Journal:

It's an unpretentious yet memorable piece of work, a concise, sharp-edged snapshot of working-class life that packs the dramatic punch of A View From the Bridge or August: Osage County. The cast is ideal, the staging ferociously right. This is a show with no weak links, one that in a better-regulated world would now be playing on Broadway.

Not only is Sins of the Mother supremely well made, but the dialogue is so believable as to border on the stenographic... the play feels as though it might have been written by one of the characters, though it's hard to imagine a Gloucester fisherman who could weave so complex a plot.

Mr. Smith, Gordon McConnell, David Nail and Francisco Solorzano all give performances wholly worthy of the play, which Mr. Horovitz has staged with blunt, unsparing straightforwardness. Richard Crowell... has gone in the opposite direction here, creating a union meeting room so bare and decayed that looking at it makes you shiver.

This was my first visit to Florida Stage... From now on it will be a regular stop on my reviewing itinerary. Sins of the Mother is one of the strongest American plays to come my way in recent seasons, one that I fully expect to be taken up by regional companies all over the country. I'm eager to see it again—but I'll be surprised if anybody does it better than Florida Stage.

Wow. It does not get any better than that. Congratulations to everyone at Florida Stage: well done!

The production is stunning, rather like a blow to the solar plexus. Not a word is wasted, not a performance is off-key, and the story packs the suspense of a thriller novel.

As director, Israel Horovitz steers a pitch-perfect.... As writer, he crafts a high-stakes story...

The show is beautifully produced, with sets by Richard Crowell that whisk from the grungy union hall to Bobby's tacky living room. Sins of the Mother is a great catch.

Gordon McConnell is a deft character actor who manages to find depth to any character and decorate them with quirks. He does not disappoint in his portrayal of Bobby, as he has the right amount of grit and heart.

Brian Claudio Smith plays the double role of identical twins Frankie and Philly. He is perfect as Frankie—on edge—a wise guy who doesn't know when to stop pushing. He shows diversity in his portrayal of Philly, who is cool and odd. David Nail shows wonderful timing as Dubbah, and makes the most of his comedic moments and the slightly nerdy nature of his character.

It is said to be unwise for authors to direct their own work. It may be that playwright Israel Horovitz would have benefited from a crisp objective view of his play Sins of the Mother.

What results varies from highly entertaining dialogue and insights into Massachusetts-style gabbing to nuanced, dark, and often hilarious critiques of human nature.

Five paragraphs, and that's all she really says. Wow, the new kid sucks at reviewing! She barely mentions 2 actors in passing, and then only to note that characters are portrayed by them. The program listing would tell us more about the cast than Ms. Landau has.

What about the acting? What about the direction? What about the design elements? Why did she even bother seeing the play if all she's going to review is the script? Even the Sun-Sentinel's fashion editor does a better job than this, and he can't write in complete sentences. What a monumental waste of newsprint. Please, bring back Brandon.

Richard Crowell’s thorough sets—you have to see the show to truly appreciate his flawless attention to detail—first transport the audience from Florida Stage’s strip mall theater in Manalapan to a neglected union hall in Gloucester where Horowitz introduces four men who, in their own ways, must deal with the “sins” of their mothers...

One by one, the excellent ensemble of actors is forced to confront their demons.

In each act of his new wily, cynical tale, Sins of the Mother, the veteran stage master begins with low-key conversations that amount to a crafty dawdle. Audiences may even grow impatient with his repetition of minute details in what sounds like idle chat. But never doubt that Horovitz has calibrated each exchange, each lightly comic laugh line, as he inches towards resolutions both startling and satisfying. - Post

McConnell heads the cast as the production’s father figure, a critical role in a play full of parent-child tensions. Alternately hot-tempered and teary-eyed, he gives a pitch-perfect performance that culminates in a eulogy laden with irony. - ArtsPaper

The rest of the cast has been imported by Horovitz from other productions of the play. Sure enough, they could not be better, notably Smith who gives a stunning second-act monologue of barely contained paternal hatred. - Post

In his double roles, Smith is a standout... - ArtsPaper

This new production is, like its author, dynamic. And no wonder: It was staged by Horovitz himself.

...Florida Stage's production is captivating to watch as well as gloriously acted -- particularly by Smith in the showy roles of look-alike but not-so-identical twins, and by McConnell, whose jitteriness suggests post-traumatic stress disorder and who feels so authentic as a guilty Gloucester burn-out case that you can almost smell the salt water wafting from the stage.

Sins of the Mother plays at Florida Stage through March 7, 2010.
Posted by C.L.J.