The Cappies; Preparing the Next Generation 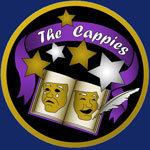 Many of you probably have never heard of The Cappies; unless you've been involved in Broward or Palm Beach County schools performing arts in the last eight years, there's no reason you would have.

So what are they?
The name "Cappies" derives from "Critics and Award Program," (CAP) and it was created to train the next generation of theatre critics.  High school theatre and journalism students review productions at participating schools, and at the end of the year they award the best productions at a Formal Gala held at the Broward Center for the Performing Arts.  This year's red-carpet event takes place on May 18, 2010.

The South Florida Cappies was the first such program in Florida; in the eight years since its inception, it has been joined by the East Coast and Central Cappies programs.  26 schools are participating; a mix of private and public schools ranging from Pembroke Pines to West Palm Beach.

Curious to see the product of these teen reviewers?  Cappies reviews get published in the Sun-Sentinel, which tucks them away in the TeenLink section of the paper.  We'll be adding this link to our sidebar of theatre resources, to make it easier for theatre patrons of all ages to find.  As you can see, this page affords teens the same service as the Theatre Scene - each show gets written up by several reviewers, so the reader can get a wide range of viewpoints.  And isn't this just what the Theatre Scene stands for?

Building Community
Another aspect of the program that's notable; it includes both sides of the equation.  In many markets, critics are viewed as theatre outsiders, as opponents.  Even the word "critic" as become a pejorative, even becoming the crowning shot in Waiting for Godot's showdown of insults.  But the reality is and always has been that critics are necessary in a vibrant arts scene.  While word of mouth has always been the best form of advertisement,  critics have always been the mouths that reach the most ears.

By having theatre and journalism students work together, each learns what the other is trying to accomplish.  The critic can better understand how theatre works, and performers and producers learn why their work may be perceived one way or another.  Ultimately, a critic isn't (or should not be) telling us what's "good" and "bad," but what is well done, and what is poorly prepared.

From the Source
Lori Sessions, the drama teacher at Broward County's JP Taravella High School, created the Cappies program in South Florida.  The Theatre Scene asked her a little bit about it:

How did you become involved with the CAPPIES?


I started the South Florida Cappies after reading about The Cappies in Washington DC. I have served as Program Director for 8 years and also have led workshops in other parts of the state to help them launch Cappies Chapters.

What has been the biggest obstacle to their success?


Probably the changing newspaper environment.  A huge part of Cappies is getting reviews published-both to encourage young writers and also to celebrate the terrific accomplishments of these high school students.    With the decline of newspaper in print, getting reviews printed in mainstream media is a challenge.

What has been their biggest success?


From my point of view it is the relationships fostered between the theatre programs at the schools and the increased attendance at and quality of Cappies shows.

Have any CAPPIES alumni continued to pursue either theatre or journalism as a career?


Yes, there are many who are pursuing careers.  Unfortunately I would have to do more research on that.  From JP Taravella where I teach, one Cappies Alumni is performing as Boq in Wicked in San Francisco, another is performing as a dancer with Alvin Ailey 2, and a third is working as a director, choreographer in NY and California as well as working for the New York Film Festival.  I am sure there are many more-guess we need to start a facebook group to find that out!  :)   Of course this is only the 8th year so, many Cappies Alum are still in college.

What has been the greatest benefit of the CAPPIES?


In this time when so many are trying to cut the arts from schools it is great we have a program that is trying to bring attention to the positives the arts provide for these students.

What would you like to see happen with the CAPPIES in the future?


Get more schools involved and work on decreasing the cost for schools to participate.

The 8th Annual Cappies Awards Gala takes place at the Broward Center for the Performing Arts on Tuesday, May 18 at 7:00 pm.  A full list of the nominees can be found HERE.
Posted by C.L.J.

Email ThisBlogThis!Share to TwitterShare to FacebookShare to Pinterest
Labels: CAPPIES