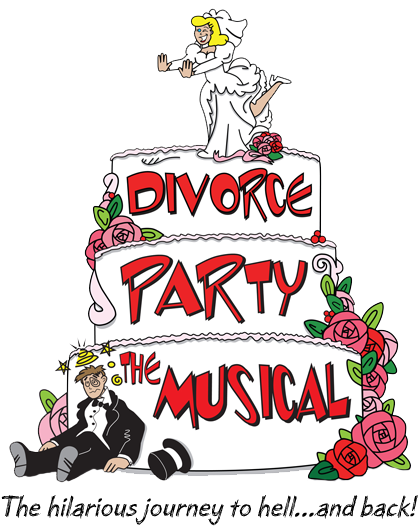 Divorce Party the Musical opened at The Raymond F. Kravis Center for the Performing Arts  on January 27, 2012.


Still reeling from her divorce, Linda is rescued by her three friends who have come to turn her despair into a weekend of hilarity. Using popular songs with clever new lyrics, the ladies sing and dance their way through the wildest divorce party ever. From the Producer who brought you the off-Broadway hit Menopause the Musical, it’s the ultimate Girls’ Night Out, coupled with a healthy dose of comic mayhem and a touch of “naughty.”


Granted, Divorce Party: The Musical is being performed for the first time at the Kravis Center’s Rinker Playhouse. There are bound to be wrinkles that need to be ironed out.

The first thing this show needs is a significant trim. It’s as though creators Mark Schwartz, Amy Botwinick and Jay Falzone, who’s also the show’s lyricist, director and choreographer, couldn’t figure out what to cut, so they left everything in.

There are some bright moments. Oddly, both deal with ex-husbands, rather than the sisterhood. In one, Carolyn (Felicia Finley) imagines her ex-husband pouring out his heart to a pal to the tune Feelings. Ahearn plays that with just right touch of irony.


Divorce Party The Musical seems cynically devised to attract the Menopause audience and cash in on that earlier show’s success. It too relies on parody lyrics to existing pop songs to celebrate female empowerment.

As with Menopause The Musical, director/lyricist Jay Falzone opts for fairly predictable rhymes and rarely develops anything past the single joke of the initial verse. In truth, none of the audience members I observed seemed to mind the uninspired writing.

Perhaps the most annoying thing about Divorce Party is that the audience appeared to be adequately entertained by it, so there is reason to believe it could become as successful as Menopause.

Divorce Party the Musical plays at The Kravis Center's Rinker Playhouse through February 19, 2012.
Posted by C.L.J.