The Wick Theatre: The Sound of Music (2 reviews) 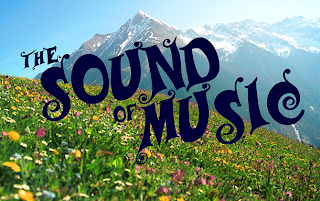 The Wick Theatre debuted on the theatre scene with its production of The Sound Of Music on September 19, 2013.

The hills are alive with this Rodgers and Hammerstein favorite. The timeless story of a young postulant sent to govern the seven children of a widowed naval captain just before World War Two, has touched the hearts of audiences everywhere. The uplifting score includes “Do-Re-Mi”, “My Favorite Things”, “Sixteen Going on Seventeen”, “Edelweiss”, “Climb Every Mountain”, and “The Sound of Music”.


...skeptics will have to eat their words, based on the opening show of The Wick Theatre and Costume Museum, a very credible rendering of Rodgers and Hammerstein's final collaboration, The Sound of Music. Would that more established troupes could deliver such Broadway fare with so much assurance.

Ursua has gathered a capable cast of area performers — or at least Florida-based performers — plus a dandy couple of Equity ringers in Krista Severeid and Tony Lawson as Maria and Georg. Spunk and a strong, ebullient singing voice are the two prime requirements for Maria and Severeid has them both in abundance.

Captain Von Trapp has always been a relatively thankless role...but Lawson makes the best with it...
The production belongs to Severeid, which is as it should be, and if The Wick does not sign her to a long-term contract, it is missing a good bet. She has fine chemistry with the Von Trapp youngsters, who are well rehearsed and refreshingly uncloying.  Credit Ursua for that...

... the standout performance comes from Lourelene Snedeker as the mother abbess, who blows the roof off the Count de Hoernle Theatre with her first act finale, Climb Ev’ry Mountain. And delivering drily the show’s measure of cynicism are Jeffrey Bruce and   on two welcome numbers dropped from the movie, How Can Love Survive and No Way to Stop It.

...if you have a hankering for The Sound of Music — as many people obviously do — you need not hesitate to come take a look at what the area's newest theater company can do. The Wick just might become one of your favorite things.

To answer the question that most folks are wondering after The Wick Theatre’s bow Friday night: Yes, there is a credible, substantial new player in town.

The inaugural production of The Sound of Music has the feel of a fully-realized no-excuses production because it is, indeed, a polished, three-dimensional work of theater. It bodes well for the future of a crowd-pleasing mainstream theater on the site of the former Caldwell Theatre Company in Boca Raton.

...this production under Michael Ursua’s direction succeeded at being unabashedly sweet and sentimental without being cloying or endangering diabetics in the audience. Ursua created the rare perception that when a character breaks into song, it feels as organic as such moments are capable of in the artificial construct of musical theater.

The Wick has hired a mostly solid cast with the two Equity leads from out-of-town and most of the rest drawn from the capable ranks of local talent...

Krista Severeid... has courageously imbued this Maria with a believable sense of goodness and decency that forces you to park your 21st Century cynicism in the lobby... Severeid’s misfit postulant exuded childlike exuberance when she removed her folded arms from under her habit and sent them flying through the air to express her delight.

... the real home run of the evening. Lourelene Snedeker as the Mother Abbess simply embodies everything right about musical theater acting.... It isn’t just that she has a transcendent voice... No, start with how she invests a character with vibrance and passion while she sings. From the opening “Preludium” chorale, her face beams out of the wimple, someone transported with the joy that comes from the certain knowledge of the existence of a loving God.

Obviously, since costumes are Wick’s claim to fame, the wardrobe is dead on. But designer Robin Buerger hasn’t simply pulled and altered costumes from a recent revival. Instead, she has selected costumes from multiple productions and had others built just for this production.

The Wick has installed new equipment which paid off in Gerald Michaels’ crystalline sound... We’ve waxed frequently about the undeniable virtue of live music while acknowledging that some shows, like this one, need a full sound that many theaters can no longer afford. So at least acknowledge that with The Wick’s new sound system, the luxuriant full-throated tracks provided by The M Pit LLC reduce the feel of hearing canned music.

The Sound of Music plays at The Wick Theatre through October 10, 2013.
Posted by C.L.J.