It was twenty-three years ago when Louis Tyrell launched his theatre company. Back then, it was called Theatre Club of the Palm Beaches, and its home was the second stage at Watson B. Duncan Theatre on the Lake Worth Campus of Palm Beach Community College. At 125 seats, it was a lecture hall affectionately dubbed "The Little Duncan." But it only took three years before the company hit a 98% subscription rate and had to find more spacious lodgings. It's hard to grow your audience when you can't seat them in your theatre. 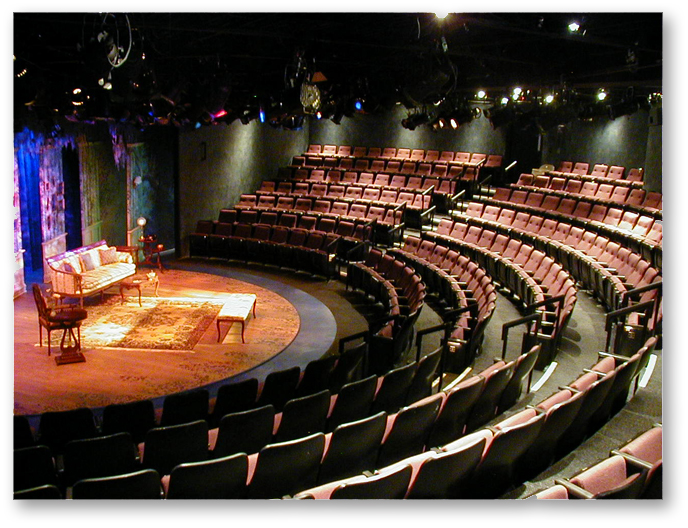 Enter Lois Pope, who financed a move into toney Manalapan. The company took over the site of a defunct gourmet supermarket, turning the store into an intimate 250 seat theatre in only three months. Tyrell was initially worried about doubling the size of his auditorium, but in short order the theater quickly hit 89% subscription rate, and it was soon back into the high nineties. After a brief fling as The Lois Pope Theatre, the company re-branded itself as Florida Stage, and has become a dominant theatre in the region. 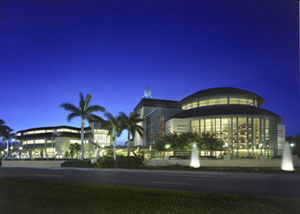 And now, after two decades, they are moving again. The Sun Sentinel reports that in July they will relocate to to the Marshall E. Rinker sr. Playhouse at the Kravis Center for the Performing Arts in downtown West Palm Beach.

...the theater is moving north 10 miles in part to be more centrally located for its subscriber base spread from Miami-Dade to Martin County, and to save as much as $500,000 from its $3.6 million operating budget, said Michael Gepner, Florida Stage director of marketing.

...the new space — a plain black box theater to be retrofitted by Florida Stage — will expand the capacity from 250 to 275 seats. With 6,200 subscribers, the theater has long sought new quarters to help address its frequent sell-outs.
- Sun Sentinel

The company has been actively searching for a new home for at least a decade. The Royal Poinciana Playhouse site in Palm Beach was under serious consideration until the company discovered that the prospective space was located in a "town serving zone," which would have required that a significant portion of their audience must reside within the town limits of the Village of Palm Beach. This would prevent any theatre from developing an audience encompassing the region as a whole. Years later, the Playhouse remains shuttered, the owners locked in a struggle with the Palm Beach Theatre Guild, which desires to maintain the current building as-is.

Their administrative offices would also be relocated to the Kravis Center, and the company would maintain its own box office there. It's a coming home, of sorts; the offices were once located in the Flaming Park neighborhood of West Palm Beach, not far from the Center.

Prior commitments in the Rinker Playhouse mean that Florida Stage will have to reduce the 2010-11 season to four shows, down from five.
Posted by C.L.J.