Just Another Weekend at the Broward Center

Gary Novick, is Director of Guest Services at the Broward Center for the Performing Arts. Earlier today, he was telling me how the most interesting things in his day are the things that aren't on the schedule.

'Can You Describe Coffee for Me?'
Part of the days activities involved the matinee of Miami City Ballet's The Nutcracker.  An audio describer will be describing the show for a group from Lighthouse for the Blind, and she wants to know how to describe Hot Chocolate, Coffee, and Tea. It's actually a good question: it's not cups of beverages whirling around the stages, after all.  But it's not a question you expect to be asked in the course of your day - unless you work Guest Services at a major performing arts center.

Alexandre Dufaur as Tea in George Balanchine's The Nutcracker,
originally uploaded by Miami City Ballet.
'Go Ahead and Touch'
As part of the day's activities for the kids from Lighthouse, Novick had arranged for a "touch tour" of the costumes before the show.  The group went backstage while the Wardrobe Mistress brought out various costumes for them to touch, so they could get an idea of what the dancers were wearing. 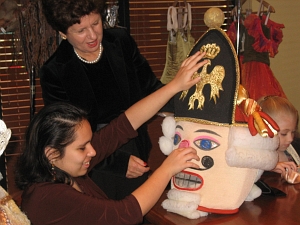 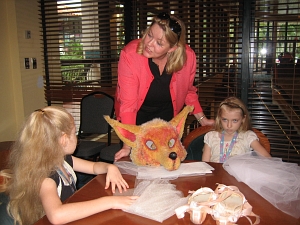 Following the performance, Novick stopped the couple in front of the theatre with the package the Young Man had dropped off earlier in the day.  "Excuse me, sir, but you left this at your seat."  "Are you certain? I don't think we left anything."  "No, I'm certain this belongs to you!" handing him a bag, containing a small box.

And within a moment, the Young Man was on bended knee. 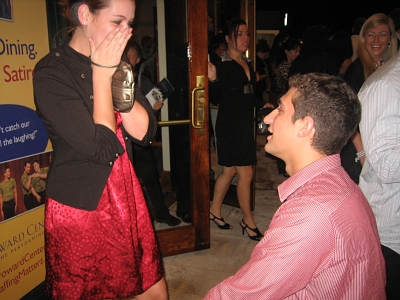 Not a bad day at the office, eh?

Related Article:
More ways for the blind, deaf to take in theater
Posted by C.L.J.