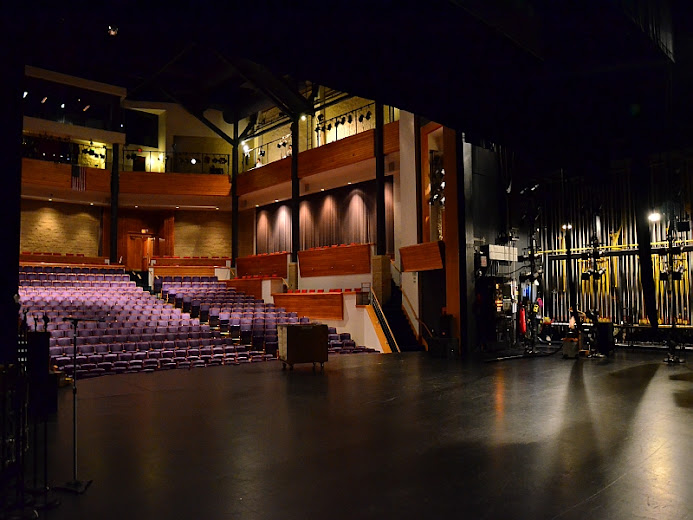 It’s been awhile, but we finally found time to compile your Monday reading list.

We hope you didn’t lose too much money in the Kentucky Derby or on the Mayweather/Pacquiao fight;  or if you won, now you have plenty of money to see a show. (of course, Mayweather was going to win either way).

Anyway, while the theatre scene is finally slowing down enough that we can start parsing it out for you, there is still a lot going on.  Here’s your Monday reading list:

Things are picking up

The Palm Beach Daily News reports that arts organizations along the Gold Coast have done pretty well this year.  Palm Beach Dramaworks paid off the loan it took to buy their building a year early.  And the Kravis Center exceeded its fundraising goal, but we haven’t heard if that means they’ll finally pay attention to all those court orders and honor its contracts with the stagehands’ union.

The Up and Comers

Florida Theater On Stage fills us in on this year’s Cappies Awards ceremony.

The Critics’ Awards Program, or Cappies for short, celebrate outstanding achievement in high school theater for students from 23 public and private schools throughout Broward and Palm Beach County both in production and criticism.

There’s a list of nominees, but the real winners are us – the next generation of theatre-lovers is well in hand.  (Is it “generations IS”, or “theatre-lovers ARE?” – we’ve lost track somehow).

The Miami Herald fills us on on the Here and Now Festival, which opens this week at The Light Box at Goldman Warehouse.

Miami Light Project’s annual Here & Now Festival consistently offers intriguing new efforts from some of Miami’s best and boldest young artists, with the occasional discovery of exceptional talent.  This year’s festival begins Thursday and gets six performances through May 16.

The Miami Herald and Broadway World reports that Elizabeth “Liz” Wallace has been named as Vice President of Programming at the Adrienne Arsht Center for the Performing Arts.  She has been promoted into the space vacated by Scott Shiller.

"Liz's talent for delivering innovative programming, strong industry connections and commitment to making the arts accessible make her the ideal choice to drive programming at the Arsht Center," said John Richard, president and CEO of the Arsht Center. "As an integral part of the Arsht Center team for the last seven years, Liz has been instrumental in curating performances and adding what we believe is the secret sauce for our community."

Speaking of What’s His Name…

The Denver Post introduces former Arsht Center introduces their readers to the new President and CEO of the Denver Center for the Perfoming Arts; Scott Shiller.

"As we waded through more than a hundred applications, credible applications, and talked to people around the country, everybody we talked to mentioned him as a superstar," said Denver Center board chairman Daniel Ritchie.

The Post called a logical Miami source to see if Scott Shiller really is “all that.”

"You are getting what the Denver Center says you're getting," Miami Herald theater critic Christine Dolen said on the phone.

And you missed it, if this is the first you’re hearing about the Fort Lauderdale Fringe Festival.  Our fault, we accept the blame.   Hopefully, this is the last lapse we’ll have in the foreseeable future.  In the meantime, you can read the advance stories on Florida Theater On Stage, The Sun-Sentinel, and Miami ArtZine.  Or you can read Mary Damiano’s review.

the national tour of Anything Goes, which opens Tuesday at the Broward Center for the Performing Arts.  The Sun-Sentinel fills us in on the show, while The Miami Herald settles for telling you about the restaurants around the Broward Center.  Dinner and a show – who could ask for anything more?  Wait, that’s Gershwin…

… in Palm Beach, the Royal Poinciana Playhouse is still closed.  But The Shiny Sheet reports that its tenants, the Palm Beach Performing Arts Center, says that they are lining up consultants and engineers to create renovation plans.  This playhouse, unlike the Coconut Grove Playhouse, is structurally sound, but it’s still going to take $45 million to bring it up to code and update its equipment.