The Tony Award Winners will be listed all on their own. But don't expect to see anything on the "Some of the Tony Awards Show." I didn't watch them.

Hirschman's List o' Hits
Every now and then the Sun-Sentinel actually lets Bill Hirschman write about theatre. Last week Bill covered a load of South Florida success stories. Actors' Playhouse, New Theatre, Florida Stage, and even Promethean have played to capacity houses. Promethean even had to turn people away from The Dumb Show!
BTW, if you're wondering how you missed the story, you're not alone. The Sun-Sentinel has completely hidden this story. It's not linked anywhere on their website. I only found it because someone sent me the link. I don't know how THEY found it. 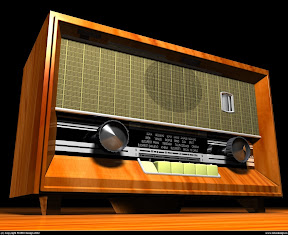 Covering a lot of Ground
Ground Up and Rising has taken their production of An Average Day all over the county: first, they were at GableStage, then they added dates, then they went to Homestead (which, yes, is really still there), and now they're taking it to Miami Beach. Broadway World has the story.
Fuerza Bruta

It's more spectacle than theatre, but it's so big and so different it can't be ignored. The Herald not only published one story in Sunday's paper, it also included another story.
It's Espan-ish
Christine Dolen updates us on the goings on at the re-formulated Area Stage, and the spankin' new Dream Theatre Productions.

The Producer's Prespective notes a significant drop in the number of long running shows directly correlates to the number of long-running straight plays, which in turn matches up with the last of Neil Simon's last plays on Broadway.

Maybe it's time to stop deriding those who like Neil's plays.
Didja Ever Wonder?

Ever wondered what it would be like if the President of the United States came to see a play at your theatre? The Playgoer tells us all about Barry & Michelles Night Out.
Looking Bleak for the Ballet

First, Ballet Florida canceled its summer classes, then IATSE local 500 filed suit for health and welfare contributions and overtime pay. Now we hear that they've canceled their dates at the Kravis Center for next season's Nutcracker. Word is that they are still trying to sell their building to raise some capital to pay off debts and fund some programming.
Note for Actors
Clean up your email addresses!