We included a total of 11 shows in our June tally: we specifically excluded tours and shows in foreign languages, as well as single-performance and "academic" productions. We have kept it to the mainstream, so that all the papers can be compared on something approaching a level playing field.

We also excluded reviews not written by the source's acknowledged critic; this means that Rod Stafford Hagwood is excluded from the tally: he is not a theatre reviewer. We did mark the shows he wrote about, they just don't figure in the tally. 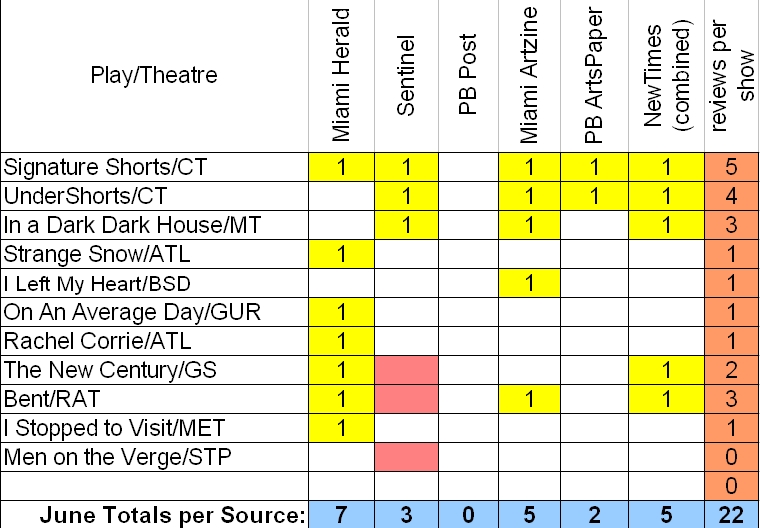 Out of 11 qualifying shows that opened in the month of June, Christine Dolen reviewed 7 of them, with the New Times and Miami Artzine tying for second place. with 5 each The Sun-Sentinel follows at a distant third. The Palm Beach Post had dismal coverage for June, with no shows at all reviewed in that period.

At first glance, you might think that 7 shows versus the two sources with 5 is a reasonable win: but consider that the Miami Herald at 30 days of editions, while the New Times only had 8, and Miami Artzine only published two issues in this period.