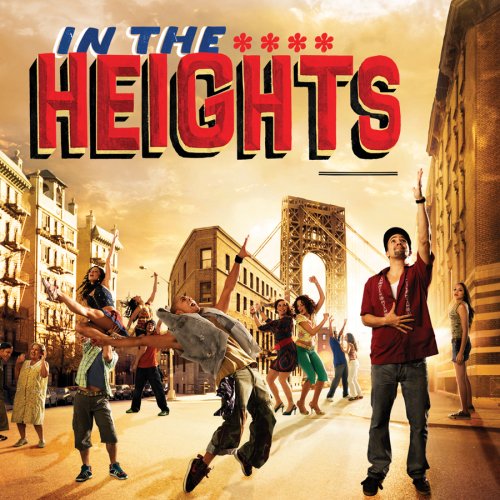 The National Tour of In the Heights opened at the Broward Center for the Performing Arts on March 16, 2010.


...winner of four 2008 Tony Awards including BEST MUSICAL... IN THE HEIGHTS is an exhilarating journey into a vibrant Manhattan community - a place where the coffee is light and sweet, the windows are always open, and the breeze carries the rhythm of three generations of music.


The first national tour has moved into Broward Center in Fort Lauderdale and is wowing audiences with its energy and exuberance.

It’s a uniquely American story of a sizzling melting pot, presented in a fresh and dynamic way. Creator Lin-Manuel Miranda’s score and lyrics is full of hip-hop, salsa and Broadway showstoppers, while Andy Blankenbuehler’s choreography keeps the ensemble in perpetual, spectacular motion.

If there is a complaint about In the Heights, it’s this: Because nearly every character gets at least one soul-bearing solo, the show runs longer than it should. That’s small beef, though, because In the Heights is enjoyable from beginning to end.

So, no stand-out performances, Mary?  The direction didn't do it for you?  Just the score and choreography?


What spices up the banal storyline is Andy Blankenbuehler’s choreography set to Miranda’s unique score that mixes a traditional Latin vibe with modern day hip-hop more popularly associated with the youthful characters at the center of focus.

Beltran, in particular, wows as he raps to an energetic hip-hop beat while relating Usnavi’s side of the storyline. Miranda also starred as Usnavi in the Broadway production and was nominated for a Best Actor Tony. Beltran easily fills the lead role’s shoes of his own accord, however, and dazzles on stage.

Taylor-Corbett’s portrayal of Sonny also stands out among the ranks. The young actor proves himself a gifted comic whose dry delivery has all the right punch to elicit huge laughs.

Overall, the production is top notch, and Miranda’s clever fusing of musical styles makes it easily understandable why the musical won the 2008 Tony for Best Original Score.


Miranda gives them each a spotlighted solo to express their yearnings, while they choreographer Andy Blankenbuehler never lets them stand still long, and they rarely walk when they could just as easily dance. His sensuous movements combined with the sinuous melodies prove remarkably infectious.

Director Thomas Kail, who made his Broadway debut with In the Heights like so much of the creative team, has a vibrant cast that is on par with the original company and very similar in physical appearance. Beltran may not be quite as charismatic as Miranda, but he has a musical, sing-song voice and an open, inviting spirit.

Jacobs is a cool beauty who opens up her heart to us very winningly, Elise Santora (Abuela Claudia) has a surprisingly strong voice for a little woman, and Shaun Taylor-Corbett has personality to spare as ambitious young Sonny, the bodega go-fer.

It is rare enough to encounter an original story in a Broadway musical these days, or at least one that is not a slavish remake of a popular movie. In the Heights has plenty of antecedents and influences, but it feels fresh, and it introduces in Miranda a talent that should be around for a long time to come.


As it has on Broadway for the past two years, the show practically enfolds its diverse audiences in a joyous embrace, managing to be touching, funny, sentimental and endlessly relatable.

...this barrio in the shadow of the Washington Bridge -- a place so authentically evoked by set designer Anna Louizos that it seems certain you could scoot down the subway steps and catch the A train.

Under the direction of Thomas Kail, who played a key role in helping Miranda and Hudes shape the show for its New York premiere, the excellent touring cast delivers its own spin on a big Broadway hit -- not the least of which is start-to-finish fabulous dancing, in the many styles the show requires, thanks to the work of Tony-winning choreographer Andy Blankenbuehler.

Beltran has the unenviable job of following Miranda in the pivotal role of Usnavi, but his rhyming-acting-dancing skills get us rooting for Heights' unlikely hero.

Santora brings the house down, as she should, when she expresses Abuela Claudia's philosophy in the rousing Paciencia y fe.

In the Heights, which may well prove to be the best touring production to hit South Florida this season, really does deserve an overused (but in this case accurate) description: It's a feel-good show, a contemporary musical that makes you want to sing and dance your way up the aisle and back out into a world that isn't so very different from the one that just warmed your heart.

The Sun-Sentinel continues to air their utter disdain for their readers by allowing their fashion editor inflict another awfully written 'review' :


It's next to impossible to just sit during "In the Heights."

First you start tapping your toe.

Then your shoulders start to sway.

Before long you're bobbing your head and … and…

But don't let all the now-ness fool you.

"In The Heights" has all the edge and danger of a Tyler Perry play..

Why do they continue to send this terrible writer out to review plays? Do they hate their readers so much? Do they just hate theatre? Do they just hate the memory of Jack Zink, or do they believe that his memory and years of great writing will blind us to the outright crap they're publishing now? If you're as offended as I am, drop a line to Entertainment "Editor" Ben Crandall.