We're doing a little long-overdue spring cleaning here at the Theater Scene, clearing out some dead links, and adding in some new ones.

GOOD BYE:
The Hollywood Playhouse, which hasn't been all that active, is in foreclosure.  The good news is that a deed restriction limits the property to theatrical production, so it won't become condos anytime soon.  But who can raise money to take it over at as a theatre is the question of the day.  With the current economy, only an established company is really in a position to take it on, but most of the Broward companies are working on a smaller scale.  Perhaps several companies could take it on in a cooperative venture?  Time will tell.

The Cuillo Center for the Performing Arts ceased operations last year, and although Bob Cuillo stated that he would re-open the former Burt Reynolds Institute for Theatre Training/Florida Repertory Company/StageCompany, he's put it up for sale.  Reportedly, one West Palm Beach theater company has already passed it over, saying the price is too high given the condition of the building. 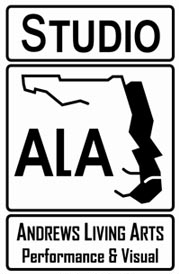 Andrews Living Arts Studios: this is a brand-spanking new company, located in Fort Lauderdale, not far from the Women's Theatre Project.  Its founder is Robert D. Nation, who made a name for himself in South Jersey (yes, New Jersey really is broken down into "North" and "South.").  Their premier production of The Fantasticks has been extended to April 2nd and 3rd.

The SoBe Arts Institute: founder and artistic director Carson Kievman might have started off on the wrong foot by stating in a recent Miami Herald interview that South Florida "doesn't have access to as many great performers as in other cities,'' and declaring that acting talent in the region is "sparse."  He has a  point; compared to New York City, where he worked at the Public Theatre under Joe Papp, we've hardly any actors at all. Just ask Richard Jay Simon, who as at least twice dropped projects because of casting difficulties.  Our acting population numbers in the hundreds statewide, compared to New York's hundreds of thousands of actors.  But the prolific composer and artist ought to have picked up some tact over the years.
We hope that he'll recover from that mis-step, and live up to his lofty goal for SoBe Arts to become another The Julliard School or CalArts.

New Media Outlets:
You might have noticed some additions in the OTHER SO FLA NEWS AND REVIEWS section.  EdgeMiami is a gay publication that has good coverage for theatre, and the South Florida Gay News is a newcomer that has been covering theatre since January.  And Miami ArtZine is back in the links, having wisely hired someone who can write to handle theatre reviews.

In OTHER PERFORMING ARTS, the South Florida Music Scene (no relation) stopped posting months ago.  But we've added Creative Pulse, whose mission is to connect artists with businesses, and ArtMurmur, a CityLink blog for the arts.

As always, your input is welcome - let us know what you're looking for, or what sources you haven't seen us use.
Posted by C.L.J.

Email ThisBlogThis!Share to TwitterShare to FacebookShare to Pinterest
Labels: Admin