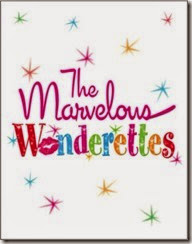 Slow Burn Theatre Company opened its production of The Marvelous Wondrettes in the intimate Abdo New River Room at the Broward Center for the Performing Arts on October 2, 2014

This smash Off-Broadway musical sensation takes you to Springfield High School’s 1958 prom where you meet the Wonderettes: four girls with hopes and dreams as big as their crinoline skirts with amazing voices to match. This candy-coated romp back in time will knock your (bobby) socks off with ’50s and ’60s hits such as “Lollipop,” “Dream Lover,” “Stupid Cupid,” “Lipstick On Your Collar,” “Hold Me, Thrill Me, Kiss Me,” “It’s My Party” and more than 20 other jukebox classics. You’ve never had this much fun at a prom and you’ll never forget this musical trip down memory lane!

The Broward County Fair may not materialize this year, but fear not. A bountiful supply of sweet and tasty cotton candy (spiked with a bit of kick) is on hand at Slow Burn Theatre Company’s The Marvelous Wonderettes at the Broward Center for the Performing Arts.

From the opening number, the intricate harmony of “Mr. Sandman,” the actresses and Fitzwater capture that endearing delighted-to-be-performing-in-the-spotlight and simultaneous discomfort that comes from being afraid of doing something embarrassing

We could spend another ten minutes listing how each woman nails number after number, and the song list is exactly what you expect it to be. But it’s hard to overemphasize how the actresses, with Fitzwater and musical director Manny Schvartzman, make this piece work, first, with flawless vocals and then by playing the roles without a shred of winking. Their willingness to courageously inhabit the earnestness as naifs and later as chastened women elevates this show above so many similar pieces. First among equals is Kleiner who gets a trio of rue-filled numbers that are touching not comic: “I Only Want to Be With You,” “That’s When The Tears Start” and the essential “It’s My Party.”

…costume designer Rick Peña has faithfully recreated the period while teasing it unmercifully. All the girls are in poofy prom dresses in pastel sherbet colors in the first act, and sparkling mini-skirts and white go-go boots in the second. A nod, too, to Fitzwater for styling and cutting the outsized wigs that make a hilarious transition in the intervening decade.

Wonderettes kicks off an overhauled series at the Broward Center using the renovated Abdo New River Room. The space is still the multi-purpose room used until recently by the Laffing Matterz improve troupe. But it has lost that institutional flavor. It has been painted, the sound and lights have been noticeably upgraded, an array of lamps with assorted shades hang from the ceiling, a permanent bar is set into a wall, established, the tables and chairs for the cabaret seating seem nicer.

The Marvelous Wonderettes has no more ambition than to amuse you. And that it does with toe-tapping success.

The cast, resplendent in sherbet-hued crinoline dresses, take the stage to sing at their prom. After they take a few swings at songs such as “Mr. Lee,” “Lollipop,” “Sincerely” and “Mr. Sandman,” the blink-and-you’ll-miss-it plot kicks in (something about somebody stole somebody else’s boyfriend and a prom queen election), but it’s hardly important.  What is important is that this cast can sing these songs well.

Amy Miller Brennan, Lindsey Corey, Julie Kleiner and Abby Perkins are all gifted comedians. It takes much charisma and stagecraft to pull off something so frothy, spinning the saccharine into sugar. Under the auspices of director and choreographer Patrick Fitzwater, these ladies gently bubble up emotional depth from bubblegum pop.

Ninety minutes and 33 songs after showtime, it’s all over. And you can’t believe how far you’ve come, how good those old songs sound (with a digital “band”) and how much acting actually took place.

Presented as dinner theater, this jukebox musical from Roger Bean was a delight for all the senses: bouncy, nostalgia inducing tunes, sparkly glittery costumes and mouthwatering food. The opening night was a success and the rest of the run is likely to be as well.

Of course anytime you open up a program and see the name Amy Miller Brennan in the cast, you know that you're in for an evening of great singing and acting... Brennan's role as Cindy Lou in this current musical was almost tailor made for her and allowed her to show off her voice and talents throughout the two hour show. She bubbles and flits her way through the role as the bitchy wannabe prom queen/boyfriend stealer but ultimately good friend.

She was surrounded by a cast that is equally as talented. In the role of Suzy, Lindsey Corey gave us the bubble gum chewing klutz in the first act and a perfect pregnant mother in the second act. Julie Kleiner played Betty Jean, the tomboy of the group, to perfection and Abby Perkins played Missy, the peacemaker and oddball of the quartet.

All four women are stellar singers as soloists and managed to create a cohesive blend of their voices when singing together. Musically, The Marvelous Wonderettes was as sharp and slick as one could hope and really gave the audience the sounds that are so reminiscent of the great girl groups of the 1950's and '60s.

…Slow Burn has made quite a name for itself in the tumultuous South Florida theater scene. As one of only professional companies focused on musicals they have carved out a little niche in their home at West Boca High School. The Marvelous Wonderettes represents a major step forward for Slow Burn and a major boon for theater audiences east of I-95

The show opened with perhaps the prototypical 50s harmony hit, Mr. Sandman and everyone’s favorite candy coated ditty Lollipop. One of the early standouts of the evening was Allegheny Moon, performed as the first “solo” of the evening by Brennan... Perkins is charming and adorable as the group’s defacto organizer and resident bookworm and singing the candy sweet Secret Love she embodied the theme for this year’s prom: “Love”. Following the theme Suzy takes the mic to sing her little ode to cupid, the 1958 Connie Francis hit Stupid Cupid. Cory is a perky little gum chewing firecracker,kind of like a 1950s version of Cindy Brady.

Betty Jean (Kleiner), who always seems to be playing second fiddle boyfriend-stealing Cindy Lou gets her chance to shine with the songs I Only Want to be with You and That’s When the Tears Start.

Overall The Marvelous Wonderettes is a charming little show. The costumes Rick Pena evoke each of the two time periods perfectly. Whether it’s the 1950’s Butterick pattern dresses (with matching heels) or the sparkly 1968 go-go girls with high top boots and beehives Pea captures the feel and style of the period immediately.

Credited as both director and choreographer, Slow Burn founder Patrick Fitzwater kept the momentum moving throughout the show. As a somewhat interactive show, the actresses moved through the audience, occasionally finding a handy lap to sit in.

As a dinner theater food is of course an important element, and from the dishes I saw being paraded around the theater it all looks mighty tasty and  ranging in price $8-14. The table next to us was feasting on a trio of giant sliders, that could have easily encompassed a whole cow. Sadly due to time constraints we were unable to partake of the food, however the bar is quite reasonably priced as well (this is the Shot Glass Review after all). The other dinner theaters in the region should be put on notice, that this is the menu to beat.

The Slow Burn Theatre Company  production of The Marvelous Wondrettes plays at the Broward Center for the Performing Arts through November 23, 2014.