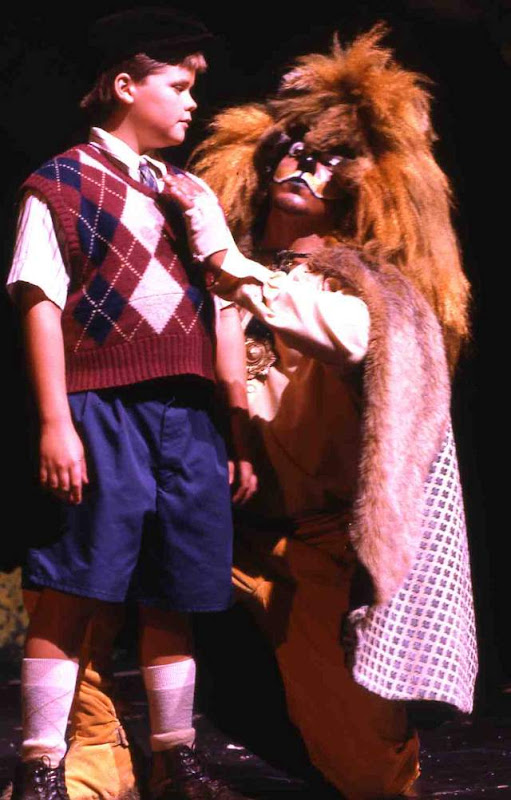 You're probably asking "Who is Alex Weisman?" And that's understandable; in a lot of the shows he's been in locally, he's just been "one of the kids" in the crowd.

I know him from the Actors' Playhouse's very successful production of The Chronicles of Narnia: The Lion, The Witch, and the Wardrobe. That was about ten years ago; I can hardly believe it's been that long! I designed the scenery, and he was one of the young actors who played Edmund (the show was double-cast). Edmund is a pivotal character, and Alex had him cold. 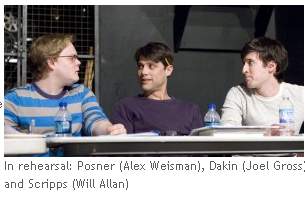 He's up in Chicago now, and he's just been cast in The History Boys at the Timeline Theatre Company. In this picture we see him at the first read through, courtesy of an article in New City Stage, a magazine serving Chicago's theatre scene. He and the other boys are on the cover of this week's issue.

The theatre has a blog: more pictures and backstage stories to be found there.

UPDATE: the review from the Chicago Tribune is out:

But “The History Boys” is all about the boys and Bowling has found a vivacious, empathetic, yearning pack—many of whom are barely out of school themselves. Fans of the movie might recall that the original boys were aging by the time the cameras arrived. Bowling delivers authentic youth, with all its messiness, intelligence, optimism and hope. There are any number of discoveries for Chicago’s casting directors: Alex Weisman’s deeply moving Posner ; Michael Peters’ gruff, Yorkshire-like Rudge ; Joel Gross’ deeply shallow Dakin ; Will Allan’s savvy Scripps. This terrific show—a triumphant revision, Chicago-style—deserves to be a huge hit for TimeLine, with the history boys making a deserved transition to the boys of summer.
- Chris Jones, the Chicago Tribune, April 28, 2009