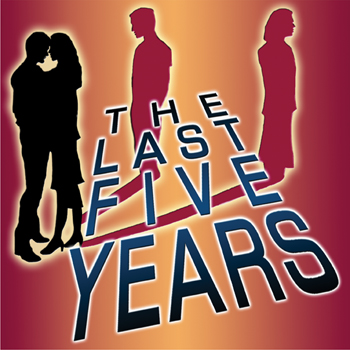 Actors' Playhouse at the Miracle Theater opened its production of Jason Robert Brown's The Last Five Years on December 7, 2012.


...a contemporary song-cycle musical that ingeniously chronicles the five year life of a marriage, from meeting to break-up... or from break-up to meeting, depending on how you look at it. The story, told in the exuberant and heart-rending songs of award-winning composer Jason Robert Brown, explores the story of a five-year marriage between Jamie Wellerstein, a rising novelist, and Cathy Hyatt, a struggling actress, from intense love to a final, painful separation. However, there’s an intriguing twist: Jamie lives the five years from beginning to end, while Cathy lives the five years backward, from end to beginning. Based on the author’s personal story, this musical from the composer of Songs From A New World, will be an artistic treat for South Florida audiences.


One fascinating aspect of Facebook is how it reflects at any single moment the array of birth and death, triumph and disappointment, and especially joy and heartbreak of romance — all co-existing at the same time.  That yin and yang vibe imbues Jason Robert Brown’s intriguing and imaginative two-character musical tracking the life cycle of a romance and marriage, The Last Five Years, receiving a warm, entertaining production at Actors Playhouse.

But the reason to see it is the vibrant, bravura performance by former Miamian and current Broadway actress Janet Dacal.

God or luck bestows talent and there are scores of performers in South Florida blessed with considerable vocal gifts. What Dacal illustrates here is what happens when the performer labors to develop those gifts through study, practice and discipline. She has a clarion belt strong enough to push the back wall of the theater a few feet further out. But it’s the technique and polish, the phrasing and variety that she brings to that power that makes her an actress who sings as well as a singer who gets an acting gig.

Her colleague on stage is the engagingly earnest Christopher A. Kent, an Actors Playhouse veteran whose warm baritone wrings heartfelt emotion out of Brown’s difficult score.

It’s really unfair to dwell on Dacal and we’re not dissing the superb local actresses in musical theater, but South Florida audiences don’t often get to see this level of talent and skill, two different things, even in road shows. For someone who started out just wanting to be a singer, Dacal has come a long way in the decade since she was the replacement for the lead in Actors Playhouse’s Four Guys Named Jose…and Una Mujer Named Maria...

As usual, Arisco does a workmanlike job directing the piece and he sets the bittersweet tone that Brown wants while driving his actors to dig deep into the extremes of elation and desolation that the individual songs contain.


Director David Arisco and musical director Manny Schvartzman have that versatile cast, and they’re especially fortunate that Dacal, a Florida International University grad, decided to come home to work for the holidays.

The radiant Dacal has a glorious voice and the acting chops to make each of Cathy’s songs her own, from the quietly raw Still Hurting to the humor of Summer in Ohio and I Can Do Better Than That to the hope-filled Goodbye Until Tomorrow. Kent brings a slightly rough edge and some world-weariness to Jamie, blending well with Dacal on the couple’s let’s-get-married song The Next Ten Minutes and Jamie’s end-of-show farewell, I Could Never Rescue You. Kent is a likeable guy, Jamie not so much as he sings Nobody Needs to Know to a colleague-turned-lover.

Actors' Playhouse presents The Last Five Years at the Miracle Theater through December 30, 2012.
Posted by C.L.J.