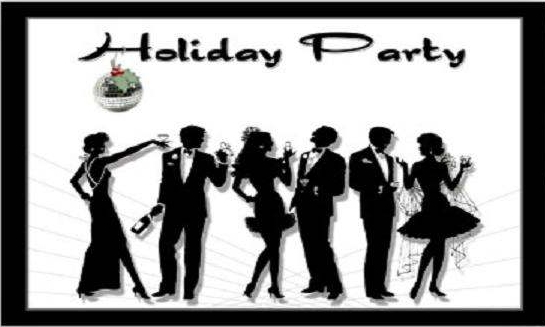 Well, this Monday isn't so dark; mingle with the winners of the Remy Awards and Silver Palm Awards at the Theatre League Annual General Meeting and Holiday Party at 7:30pm tonight at the Copacabana Supper Club. Hear about where the League is headed in the future, and celebrate a wonderful year of theatre.  It's free for members of the League, but $30 for non-members.  Please RSVP to Andie Arthur at andie@southfloridatheatre.com.  We hope to see you there.

The Copacabana Supper Club is located at 219 S. Andrews Avenue in  Fort Lauderdale - the former home of Laffing Matterz.

Must be the Season
BroadwayWorld lets us know that A Christmas Carol: The Musical has returned to Actors' Playhouse.

Something About The Number Five
Playbill fills us in on The Last Five Years, which opens this Friday at Actors' Playhouse and features Christopher Kent and Janet Dacal, the latter starred in Wonderland on Broadway last year.  She and Kent also appeared in the Playhouse's production of Five Course Love, which was a smash hit for the company before she left to create the role of Carla for the musical In The Heights on Broadway.  Trivia Point: the third actor in Five Course Love was Oscar Cheda, who went out with the national tour of In the Heights, understudying the role of Kevin.

LUV is in the Air
Well, at the Plaza, anyway.  The Examiner fill us in on The Plaza Theatre's upcoming production of the Murray Schisgal comedy Luv, which opens Friday night.  Remember that the bridge in Lantana is closed for rebuilding, so cross at Lake Worth or Boyton Beach and take A1A to Manalapan.

Grants are Granted
The Drama Queen reports that the National Endowment of the Arts has awarded $10,000 to go towards its production of  Tarell Alvin McCraney's adaptation of Hamlet.  Meanwhile, the Knight Foundation awarded $23 million to local arts organizations of all kinds.  Including a few theater companies.

SoFla Represented
TheatreMania interviews South Florida's Alex Weisman, and how he got started in the Chicago theatre scene.  Besides his award-winning stage work, he's appeared in several videos produced by The Onion that have gone viral.

On the Horizon
BroadwayWorld talks with director Genie Croft about The Interview, opening this next month at The Women's Theatre Project.
Posted by C.L.J.